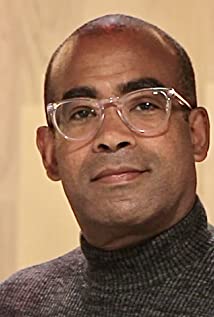 A veteran of film and television productions for many years, Jono Oliver has directed episodes of the network television shows: “For Life” (ABC), “Lincoln Rhyme: The Hunt for the Bone Collector” (NBC), “American Soul” (BET), “The Enemy Within,” “Law & Order: SVU,” “Chicago Fire,” (NBC) “Bull” (CBS), “Chicago Med” (NBC) and 2nd Units on many others.

In 2013, Jono wrote and directed the feature film “Home.” The film was nominated for an NAACP Image Award for Directing, an honor he shared with the directors of “12 Years a Slave,” “The Butler,” and “Mandela: Long Walk to Freedom.” Home won a 2014 PRISM Award and a 2014 SAMHSA Award for its positive portrayal of people suffering from mental illness.

Jono previously worked for many years as an assistant director on projects including “Fences,” “The Affair (TV); Blue Bloods (TV); “Notorious”, “The Great Debaters,” “Law & Order” (TV); “Barbershop 2,” “Snake Eyes,” and “Soul Food,” among many others.

Join Jono Oliver at the Changing The Narrative: How do Black people cope with the new “Normal?”