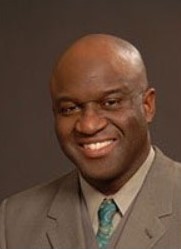 He is the author of two books:

A gifted public speaker and experienced lecturer, Dr. Simon-Aaron has a developed talent for putting social and political problems into critical perspective. An independent scholar, he is of Guyanese heritage; grew up in Bristol, England and is now a Canadian citizen.

Dr. Charles Simon-Aaron will be a guest panellist at the next Barbershop Talk Series Recognizing The Harms Of Normalizing The Absent Black Father