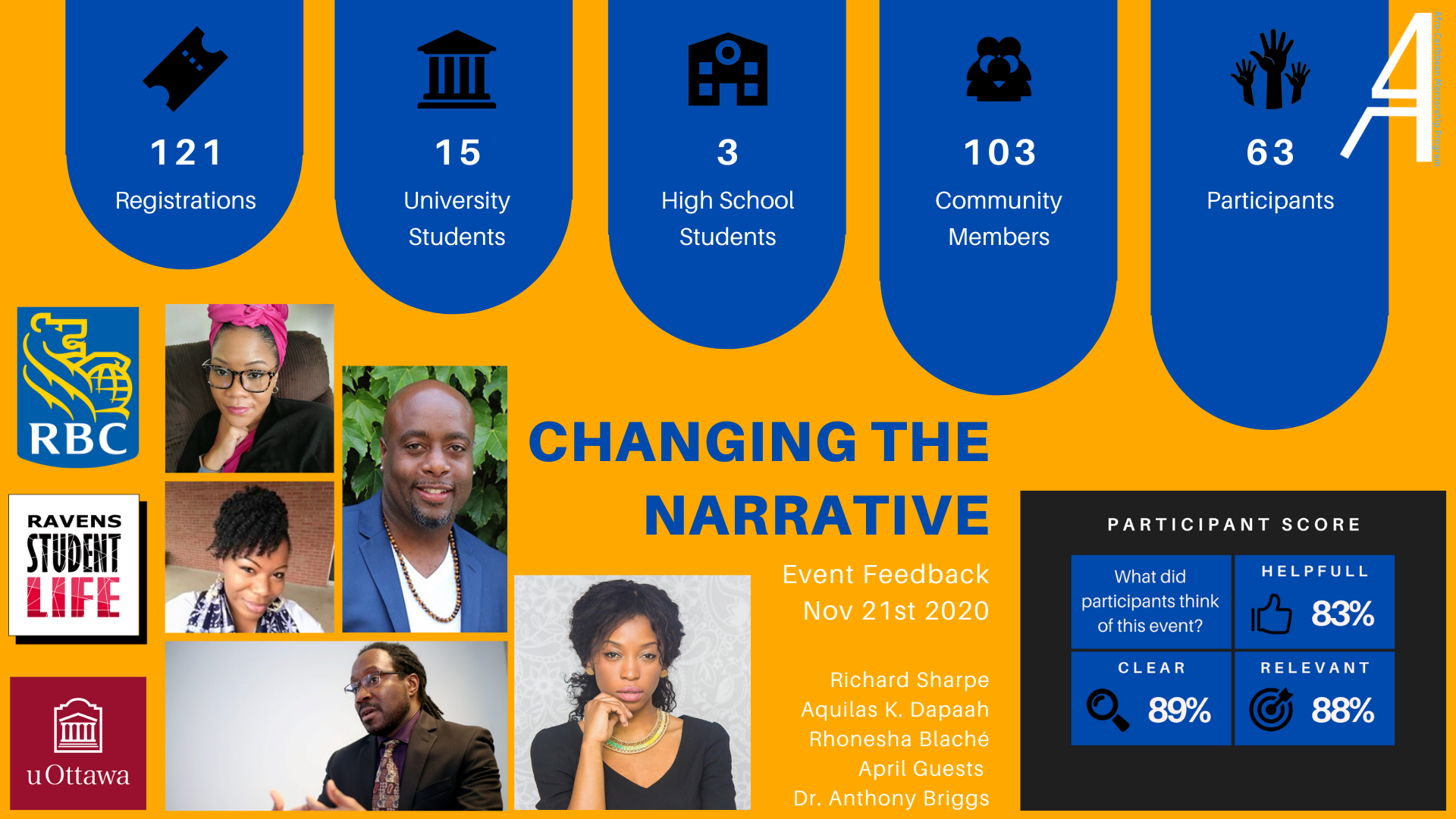 On Saturday, November 21st, ACMP held another discussion-based event titled “Changing the Narrative – How is anti-Black racism different and similar in the US and Canada?”. Between Canada and the United States, anti-Black racism impacts the livelihood of people of African descent. This systemic racism creates barriers that members of the Afro-Caribbean Black (ACB) community must overcome. This event focused on discussing the challenges that Black people face in Canada and the United states, similarities or differences between the two countries, and how we can foster an intentional relationship of solidarity between North American Black communities to dispel anti-Black racism.

Five guest speakers were featured on our panel: Dr. Anthony Briggs, April Guests, Richard Sharpe, Aquilas K. Dapaah and Rhonesha Blanché. Each panelist was able to share their own experience while concurrently moving the discussion forward amongst colleagues and attendees alike. Some of the topics discussed included how Black people are perceived in North America, what the community can do to gain support, and the importance of scholarship in the younger generations of the Black community. The conversation was constant, with members of the audience actively engaging in the discussion for the entirety of the event’s time slot. This event was well received and ended on a note that more discussions like this need to happen in order to support the greater ACB community.