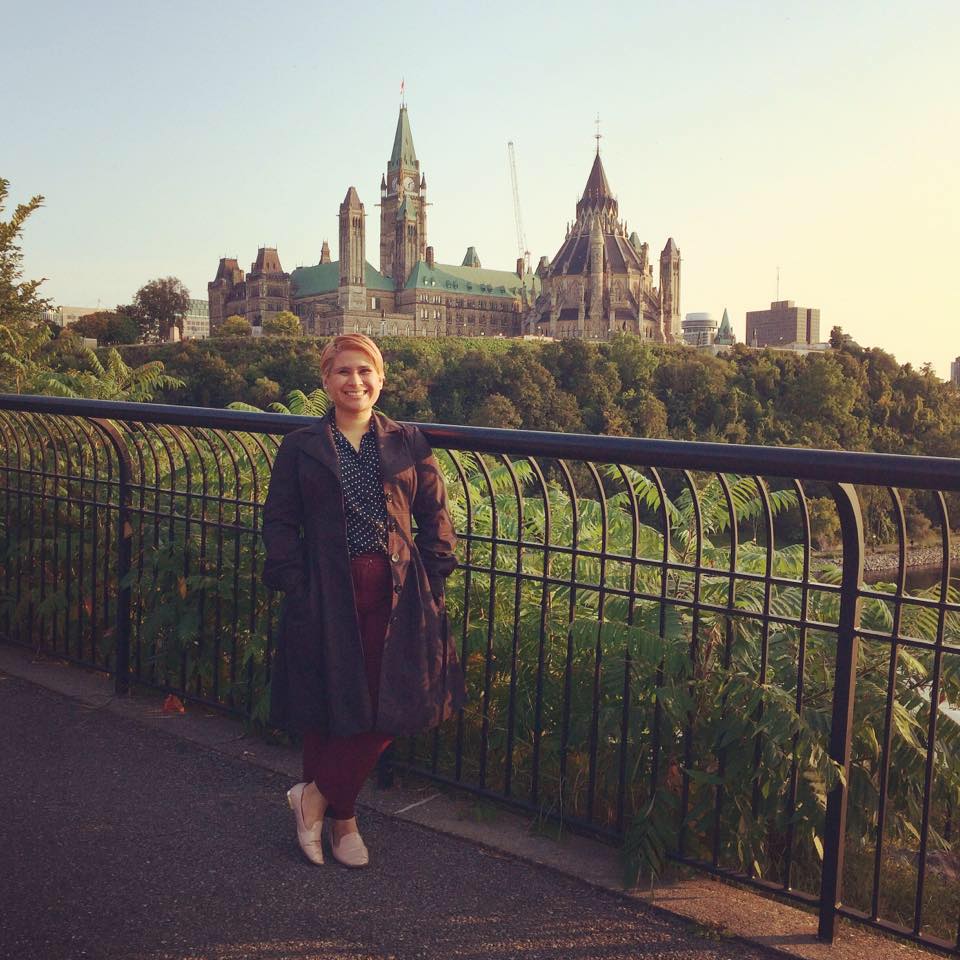 Early life
Graciela was born in San Salvador, El Salvador to a single-mother. Her mother flee to Montreal from El Salvador in the 1970’s because of her active involvement in the Salvadorian resistance and her outspoken activism for the working poor in El Salvador. She continued her activism while in Canada as she cleaned houses for a living, learned the language and put herself through university where she eventually earned a master’s at l’UQUAM. She continued to raise awareness in Canada about the conflict in El Salvador and dreamt to go back home to see the conflict end.

From an early age, Graciela understood the struggle for social justice, having been raised by a mother whose life project was to advocate for justice for people in El Salvador. During her childhood years she lived in Guatemala where she saw deep inequality and the struggle for justice for indigenous people in a post-conflict society. It was clear to her even then, that deep inequality and disrespect for indigenous people and the environment does not allow a country to prosper and heal. From those experiences she knew that her life will be dedicated to advocate for justice.

Graciela and her mother moved back to Canada as she was exiting her childhood years. They moved to Montreal where Graciela had to learn the french language fast and she got to experience how the education system in Canada treats new comers and refugees. It was hard to adapt and learn fast in a new environment despite herself having the tools that many newcomers do not have.

Graciela moved on to earn a full scholarship to study at the United World College in Duino, Italy and earned a BA in International Studies at Simon Fraser University. While there she worked teaching new comers English and worked in after-school programs for children to improve their math and literacy skills in order to ease their transition to Canadian school system.

Experience
Graciela moved to Ottawa looking for employment opportunities after finishing her degree. She secured casual and term employment with Global Affairs Canada where she worked on a variety of files including; The G7 Summit, as a briefing book assistant, and some short experiences with the Canadian Mission to the U.N. She worked as a senior desk officer for Ecuador in the Latin America bureau. She currently works in the global health policy bureau.

While in the public service she was involved in the community as an organizer because she understood the realities on the ground speak to the struggle for justice in the community. She has been involved in the climate justice movement in Ottawa as well as in campaigns like $15 and fairness. She worked in Niki Ashton’s leadership campaign and was a facilitator in Niki’s campaign school to get more young women, trans and non-binary folks elected to office. She also organized for Joel Harden’s successful campaign in Ottawa Centre.

All of these experiences led her to understand the complexities between policy making and the struggles for justice of people on the ground, and how often those two are disconnected from one another. Because of her desire to dedicate more time in the community and to her activism Graciela is now pursuing an MA at Carleton University in Communication and works as teaching assistant. She hopes to continue her organizing work and believes that millennials have the capacity to change the world with the right politics and fire in the belly to make a difference in their communities.

She is fluent in Spanish, English, French and Italian.

Meet Graciela at our More Than Networking event! You’ll have the opportunity to hear more about her professional experiences, hear her advice on how to reach your goals, ask her questions and introduce yourself.

Get your free tickets here:
https://weareacmp.com/more-than-networking-2020/